NON-Executive Board and Strategic Advisors 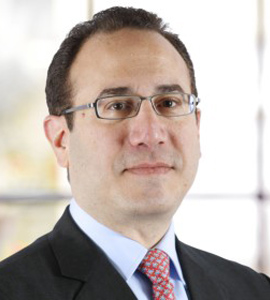 John Malliris is based in Hong Kong and has 19 years of experience in the finance industry across private equity, special situation and credit investing in SE Asia/Australasia.

Prior to ADV, John was an Executive Director with JPMorgan’s Asia Special Situations Group where he led a team responsible for deal origination, execution and asset management for SE Asian and Australasian investments. Previously, John was a Director with Asia Mezzanine Capital where he worked on primary mezzanine transactions and was also an Assistant Director with Prudential Asia Infrastructure Investors where he covered opportunities in telecom, power and transportation sectors. John began his career as an investment banking analyst with Peregrine Capital.

John has an MBA in Financial Management from MIT Sloan School of Management and holds a Masters in Medical Science as well as a Bachelor of Arts in International Relations from Boston University. He is fluent in English and Greek.

You can find out more about which cookies we are using or switch them off in settings.

This website uses cookies so that we can provide you with the best user experience possible. Cookie information is stored in your browser and performs functions such as recognising you when you return to our website and helping our team to understand which sections of the website you find most interesting and useful.

If you disable these cookies, we will not be able to save your preferences. This means that every time you visit this website you will need to enable or disable cookies again.